From 1998 till 2001, Image-Line created the best selling 'Blocks' CD-ROM series for VRT - the Belgium National Television.
This cd-rom collection consist of four titles.

Blocks is the longest running primetime television quiz show on Belgian television.
The show is right now in season 15.

'Block' CD-ROM is an exact copy of the TV format of this very popular quiz program.
With over 50000 copies sold over 4 versions, we can call this product a top CD-ROM in Belgium.

Gameplay:
The game gives you a quiz at home, as if you were in the television studio yourself.
These CD-ROMs use the original quiz question database.

The later versions of Blocks (version 3 and 4) used the Real Speak engine to make the gameplay even more lifelike. 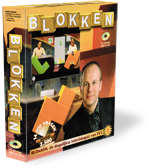 Blocks 1 is the first in a series of very successful blocks of CD-ROMs (over 20,000 units sold in Flanders & Holland).

Bokken 1 is the CD-ROM version of the very popular quiz on TV1 television. It is as if in the Television studio yourself.

Block 1 is an exciting combination of general knowledge quiz and a tactical computer game. About 14,000 questions or which about 2,500 specialy for children. 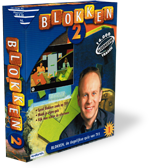 Blocks 2 is the very succesfull successor of Blocks 1 and is the CD-ROM version of the very popular quiz on TV1 television. It is as if in the Television studio yourself.

Are you a quiz fanatic? Well here is your ideal game. Another 14.000 questions or which again about 2.500 specialy for children and the option to make your own quizzes and distribute them through our internet site.

These features are included: 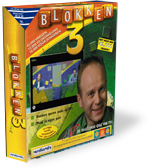 This game includes more than 42,000 questions,

The questions are read to you, thanks to L & H Realspeak software.

These classic features are included: 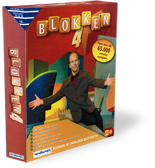 Gameplay is enhanced and an alternative 2nd round option is added.
Playing Blocks 4 will give you even more the feeling of being in the studio.

The questions are read to you, thanks to L & H Realspeak software.

These classic features are included: