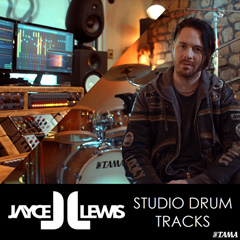 Jayce Lewis Studio Drum Tracks brings you the sound of real studio drums to mix into your FL Studio projects. Each performance is split into 10 separate track loops:

Jayce Lewis is a Welsh musician from Bridgend, South Wales, who entered the industry as a respected percussionist. In late 2009, Lewis released a self-produced single titled 'Icon', achieving a top-10 chart position. With strong industrial music and synthpop influences, his music has been described as alternative rock with electronica roots and tribal percussion. Lewis has collaborated with acts such as Queen and synthpop icon Gary Numan, for whom Lewis has been a supporting act three times.

Learn more about Jayce Lewis on these links.

Learn more about Northstone Studios on this link.